The Lion, the Witch and the Wardrobe: Chapter 17 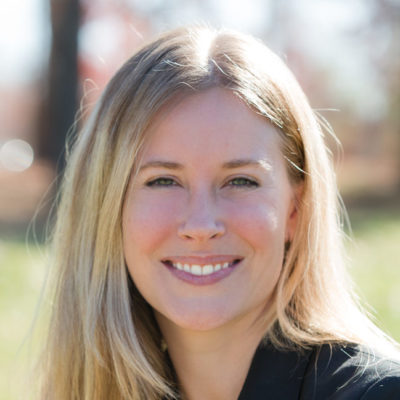 Chapter 17: Return to the Wardrobe
Scripture Reference: Acts 13:32-33a

A. Travel Log: Narnia
B. Summarize Chapters 1-16
C. Read Chapter 17 of The Lion, the Witch and the Wardrobe or the Chapter Summary
D. A Visit with the Professor: A Promise Kept
Verses: “We tell you the good news: What God promised our fathers he has fulfilled for us, their children, by raising up Jesus.” Acts 13:32-33a
E. Interactive Activity: Names & Places of Narnia
F. Discussion Questions

“Dear Lord, how can words be adequate enough to say thank You for fulfilling Your promises to us! Thank You for giving us Your Son and for raising Him from the dead. Thank You for giving us hope in our world that sometimes looks bleak. As I pray about my children, I pray that I have been Your faithful servant as I teach them the meaning of Your Word through this story. I pray that I, through the words of C. S. Lewis, have been able to present Your story, not as a dry outdated Sunday School lesson, but as a faith that is a s alive and meaningful today as it was almost 2000 years ago.”

9A. Travel Log:
Narnia
Instructions:
Circle the words listed in the puzzle.
NARNIA

9C: Return to the Wardrobe
Chapter 17 Summary
And, now that the Witch was dead and the last battle over, it was time to use the last of the special gifts given by Father Christmas for Edmund had been badly wounded in the battle and was about to die. Lucy gave Edmund a few drops of the special juice from the fire-flowers to revive him. She went on to treat the rest of the wounded while Aslan restored all those who were turned to stone.

After a fine meal and a good night’s rest, the all headed towards the sea to the castle of Cair Paravel. In the presence of all their friends and to the sounds of trumpets, Aslan crowned the four children as King Peter, Queen Susan, King Edmund and Queen Lucy. They were seated upon the thrones as prophecy was fulfilled.

These two Kings and two Queens governed Narnia well and long…and happy was their reign. Peter became a tall, deep-chested man and a great warrior so he was King Peter the Magnificent. Susan was called Susan the Gentle. Edmund was great in council and judgement so he was called King Edmund the Just. Lucy was called Queen Lucy the Valiant and they lived many years in great joy.

But then came the day the White Stag retuned to Narnia. According to legend, if you caught him, you were granted your wishes. The two Kings and Queens decided to hunt for the White Stag. They had not hunted long before they saw him. As they followed him into the thicket, they came upon a lamp-post. As they continued down the path, they found themselves no longer making their way though tree branches, but through coats! Suddenly they were coming out of the Wardrobe and they were just Peter, Edmund, Susan and Lucy!

And that would have been the very end of the story except for the Professor who was a very remarkable man. He believes everything the children told him about the mysterious country in the wardrobe. He tells them they are not likely to get back to Narnia though the same route but they will, indeed, return someday for once a King and Queen in Narnia, you will alway be one.

9D. A Visit with the Professor:
A Promise Kept
Supplies:
Good day, children! It is wonderful to have this time to visit with you every day! I pray you are enjoying it as much as I am!

Today we listened to the last chapter of our story, The Lion, the Witch and the Wardrobe. In this chapter we see the fulfillment of promises kept. Aslan promised to help those who were faithful to him. Through the gift given to Lucy by Father Christmas, Edmund’s life was saved…as were others wounded in battle. Aslan promised the four thrones at Cair Paravel would be filled by two sons of Adam and two daughters of Eve. This promise was kept. Aslan also foretold those who were native to Narnia that he would come and go. This, too, came to pass.

“We tell you the good news: What God promised our fathers he had fulfilled for us, their children, by raising up Jesus.” Acts 13:32-33a

And God has promised that his Son will return. And He will.

To learn more about God’s promises, read His Word. In this book (hold up the Bible) are the answers to all of your questions. Whenever you are sad, there are words in here to comfort you. Whenever you are tempted to do wrong, turn in these pages to find the strength to keep your eyes focused on God and to follow His direction. And whenever you do wrong, ask for forgiveness and know that He has promised to be with you always.

Contact Our Staff
We'll get back to you as soon as we can!